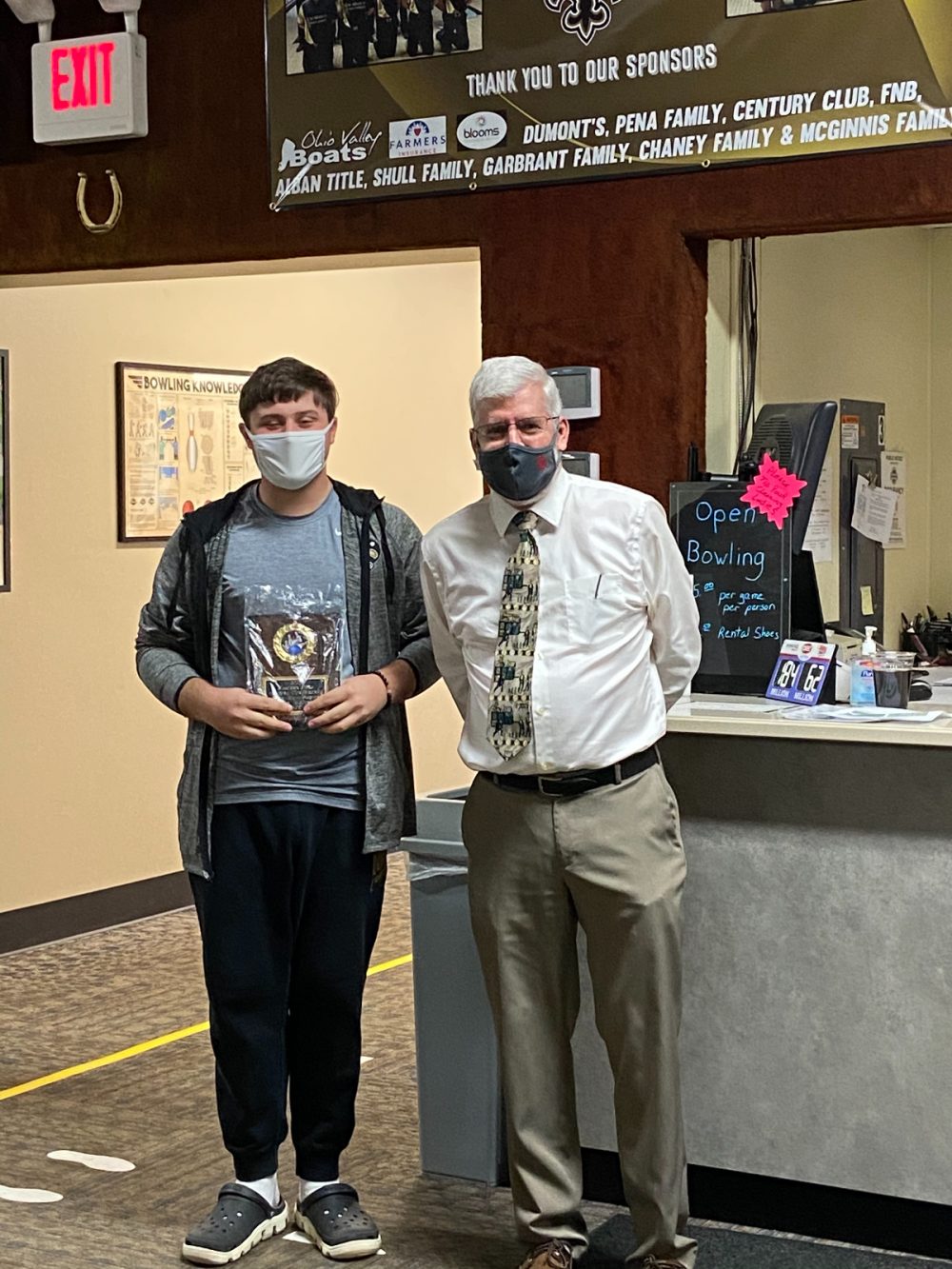 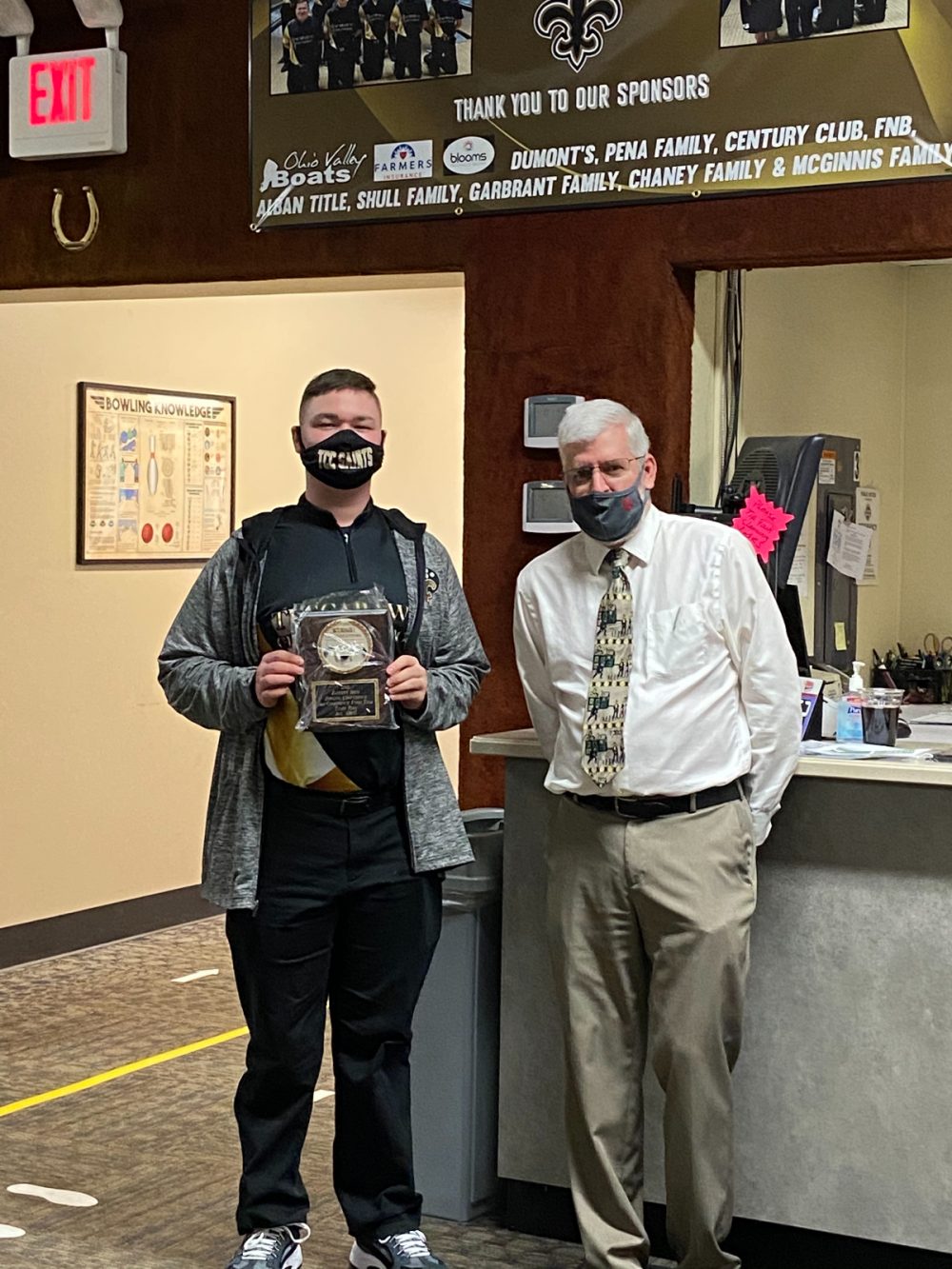 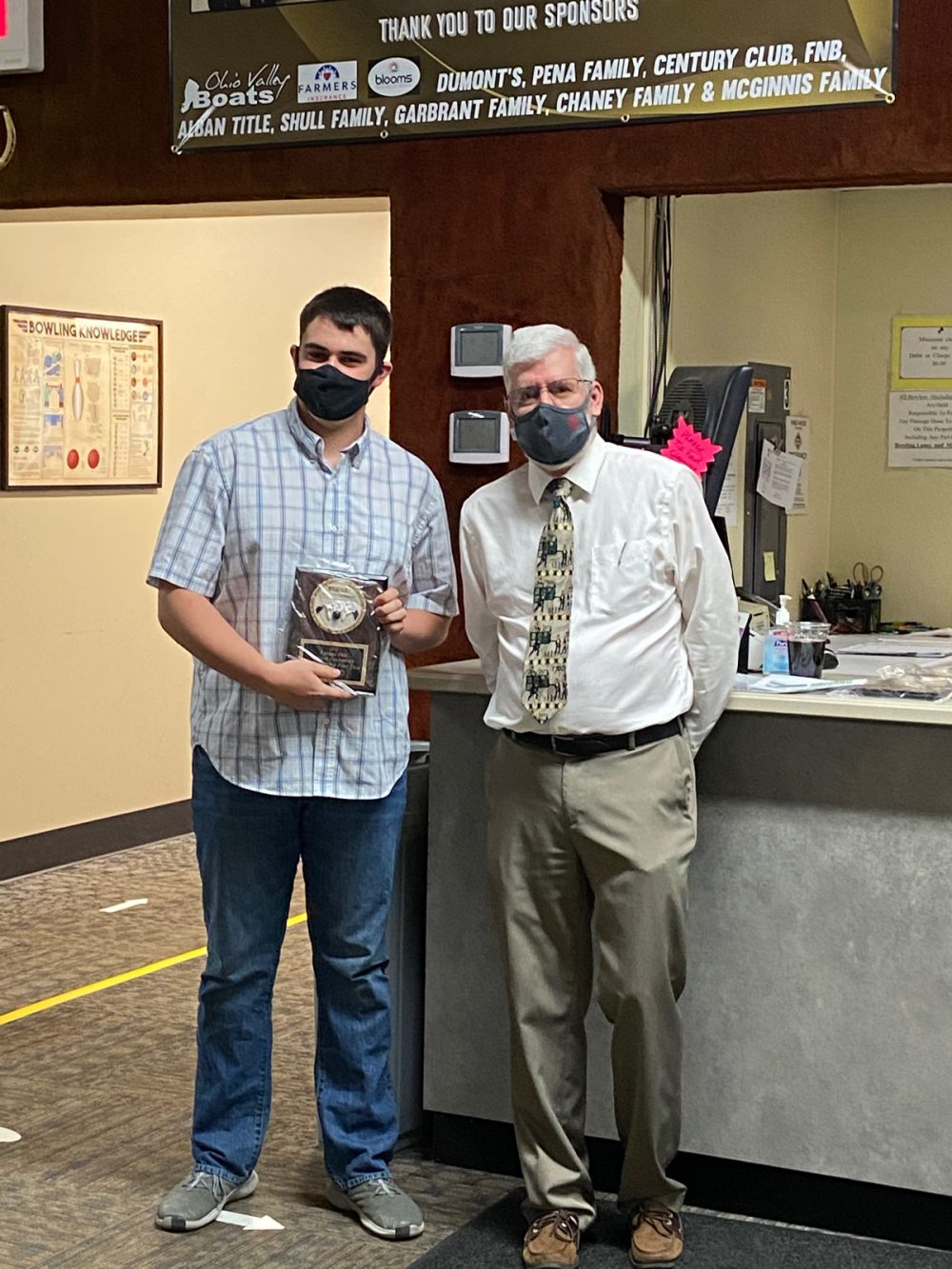 TCC had four girls make the All Conference 2nd Team with Marisha Gonzalez finishing  with a 147 average, Maddie Rothrock a 145, and Alex Sica and Emma Slates both with a 140. 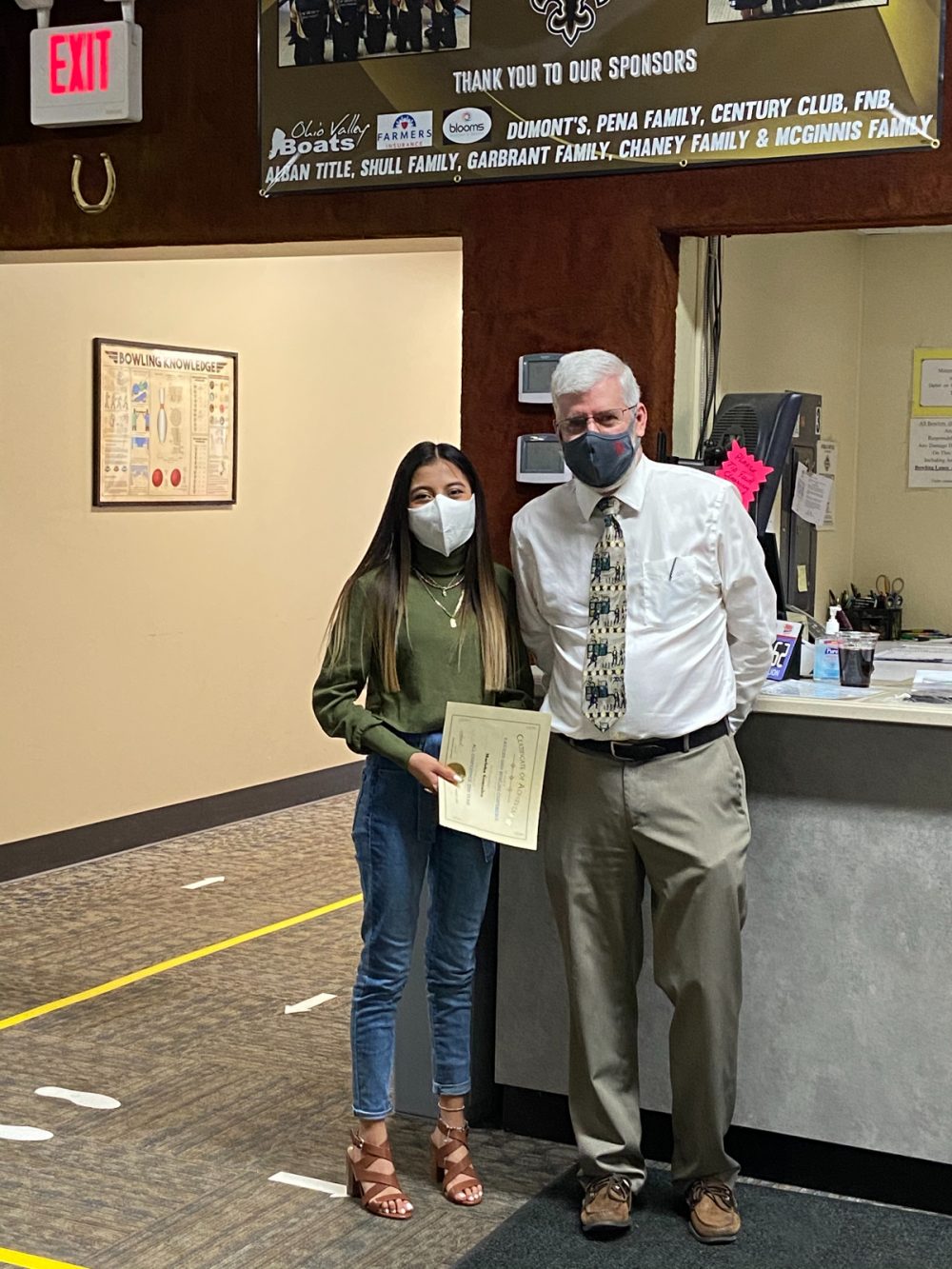 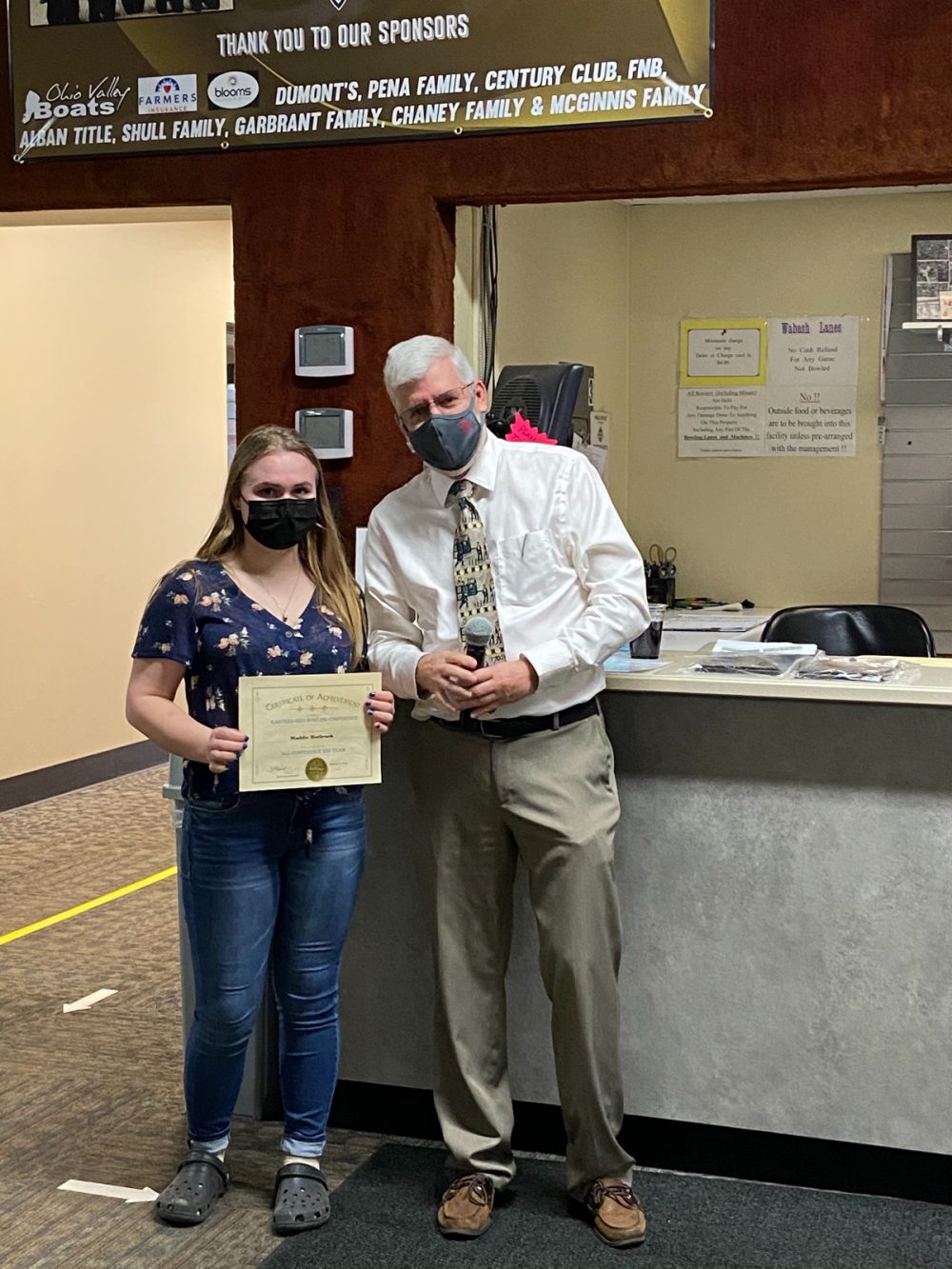 As the teams finished their evening Captains Bailey McGinnis and John Chaney had a little fun presenting their coach, Scott McIntyre with his gift. 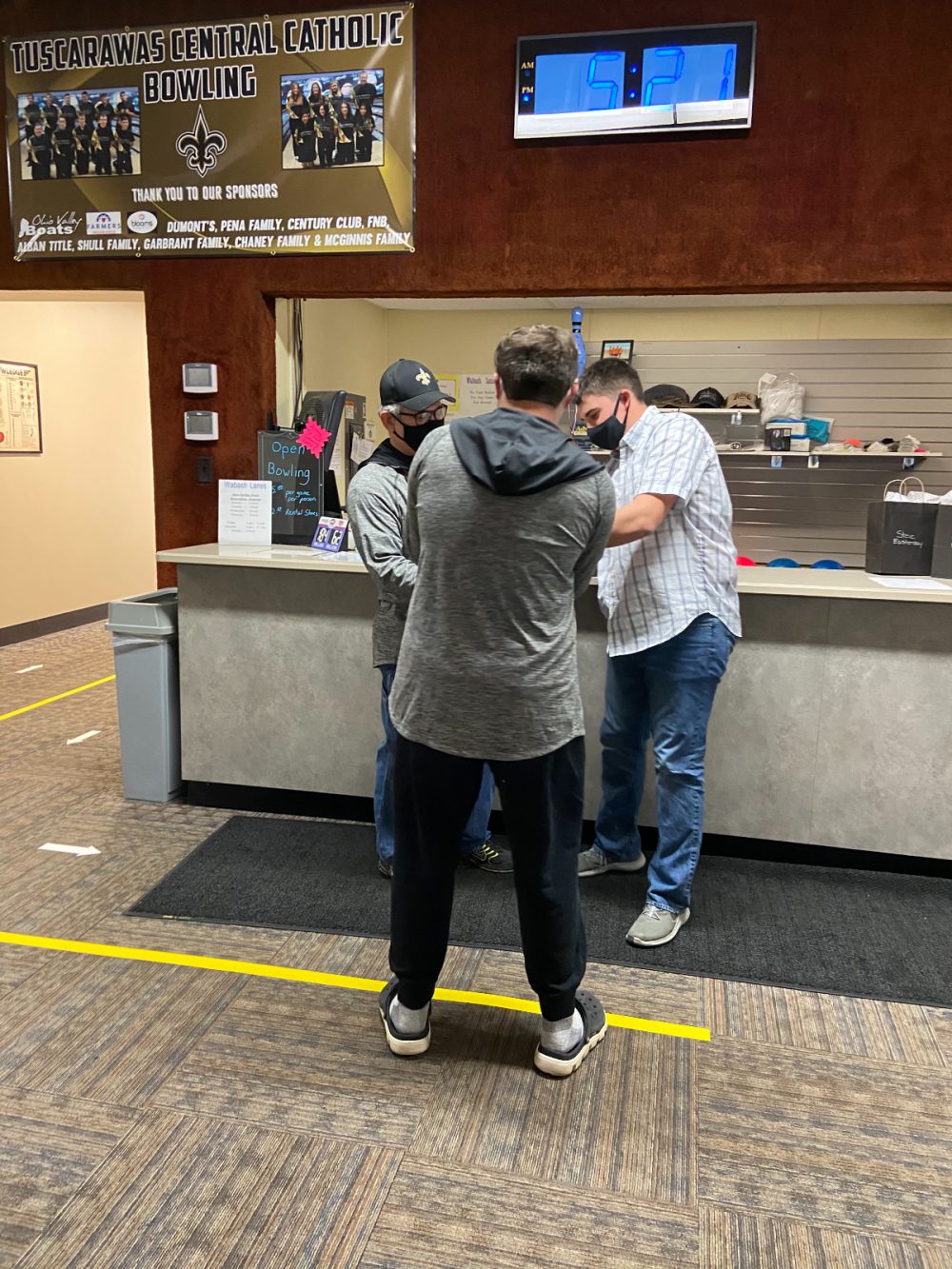